Turf does not get cut nowadays as it did in days gone by – instead, machines are used to ‘create/make’ turf. 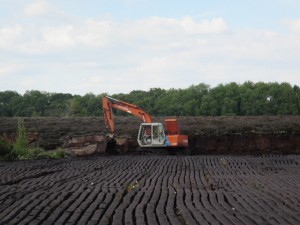 Turf to me is a name we give to ‘sticks’ of peat moss which is then used to burn in the fire.  Many of you who come to Ireland during the winter will be familiar with the smell of burning turf.  So, yesterday my friend rang and invited me out to the bog to see turf being made.  I can’t think of any other way to describe what I watched yesterday and here I am a woman who had no real notion that we had bogs in County Laois until the last few years.

I have something like 50 photographs and I’m hoping that with these I’ll be able to explain the making of the turf and give you some impression of the size of land or amount of area that we have as peatland.  There is something like 17.4% of Ireland which is made up of peatland, this is a lot of land and when people outside Ireland speak about bogs they are not familiar with the quantity of peatland which we have.

So I’ll begin with the ‘making’ of the turf.

First of all there is a digger and this is being used to cut out the top layers of soil off the good turf.  The good turf is low down.  Layers are peeled off and piled up to the side of the digger. 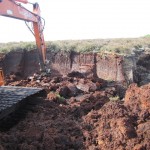 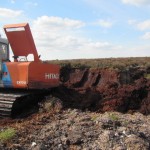 If you look at the two photos above you will see a pile of loose peat to the left of the digger.  Then, after he has cut down to the real turf (the black section of the soil in front of the digger), he bundles a few piles of this into a hole which he has dug in front of him and then he churns this up with the digger – mixes it around.  That section then becomes what will go into the bagger (turf machine).
The bagger then goes down to the digger and the digger will fill the bagger with this peat which will then be turned into sods of turf by the bagger.  Some of the following photographs are a bit dark because the sun was behind the bagger. 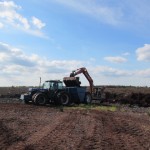 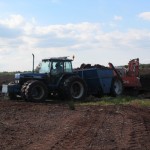 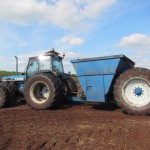 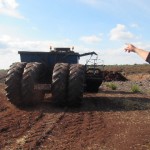 On the photo just above you can see the side of the bagger, this is where the lengths of turf emerge from the bagger.

The peat gets put into the bagger and then it is all mixed up. 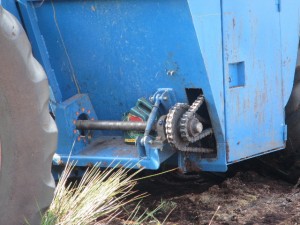 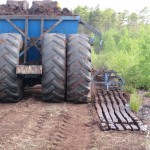 Lengths of turf emerging from bagger 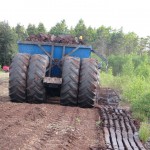 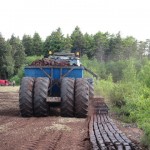 A plot of turf is equal to 110 yards x 40 lengths of turf.  Turf get sold to people by the plot.
So, when this bagger was finished in this section last night the flat ground in this area would have been covered by lengths of turf.  Each length of turf gets marked at equal distances along it’s length and it is at this point that the turf will split up once it has dried out enough.  Each length of turf is wet as it comes out of the bagger.  Then, it has to lie on the soil and dry out.  We begin with one long solid length of ‘turf’ which has little lines marked on it. Then as it dries out it begins to split up.  You can see this in the following photos. 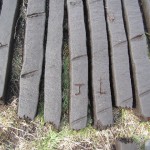 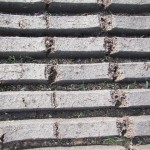 Turf breaking in to sods 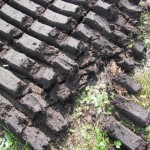 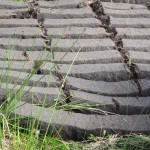 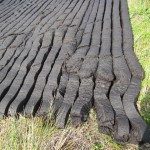 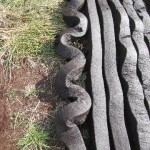 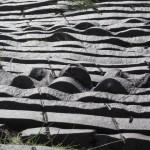 As the turf dries it shrinks in size and begins to turn up at it’s ends.  At this point it is piled into what are called a ‘foot’ of turf in order to allow it dry out some more.  At this time of the year, when the turf is being cut people ‘advertise’ their names at the entrances to bogs in the hope of getting work with the turf. 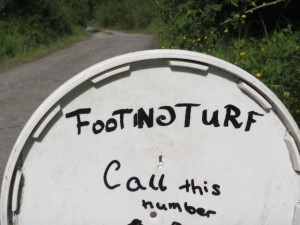 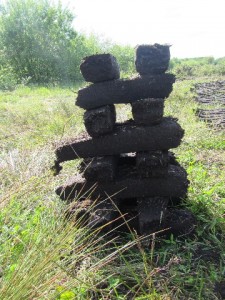 This next photograph is of two cuts of turf.  The cut on the left hand side of the photo was done a while ago and it has been rained on a lot.  It’s a brown colour as opposed to the black of the freshly cut turf 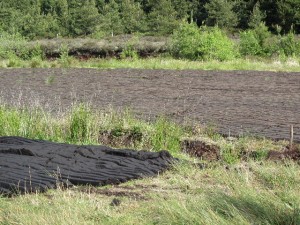 Images of the land around the bog area I was in. 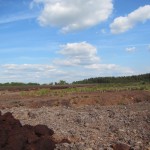 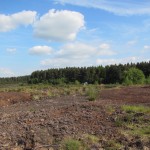 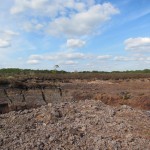 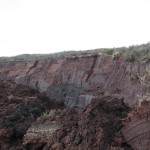 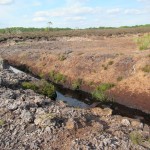 Before we went back home, I was brought to another bog, a bigger bog and these photos can give you an idea of the amount of turf being taken there. 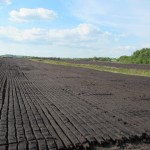 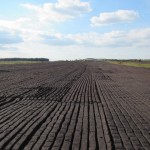