Civil Parishes Dublin Ireland – I wonder, how many know the names of each civil parish in Dublin?

Dublin has, or had 79 civil parishes.  She has 45 Roman Catholic Parishes.  She had 8 Poor Law Unions (these later became Civil Registration Districts).  For Dublin the Church of Ireland Representative Body Library in Dublin has parish records.

The ‘civil’ parish and the Roman Catholic parish are NOT the same group of townlands They are separate entities in relation to genealogical research.  Catholics can or could live in one civil parish and be members of a relgious parish with a different name.

Please remember some of these parish spellings might not be exactly as they are today.

‘Search Page’ the IrlAtlas Townland Search form. When you go to this page you will find a form into which you can fill in the parish name and then learn more about the townlands that were in that parish at the time of the 1851 census of Ireland.  You do not have to fill out every column of the form.

The web page to which you are being directed above is hosted by the Leitrim Roscommon Genealogy web site.  The book from which the list of placenames was created was based on the townlands listed in the Irish 1851 census and a man who we all knew as John Broderick a.k.a. Sean Ruad (R.I.P.) was responsible for having the whole book typed up by helpful individuals over a number of years.  This book the ‘General Alphabetical Index to the Townlands and Towns, Parishes & Baronies of Ireland’, which was printed by Alexander Thom & Co. of Dublin, gives you the size of a townland, the barony that the townland was in, the name of the civil parish, and the name of the Poor Law Union.

Photographs of St. Michan’s Church, Dublin City. These photographs were taken in June 2013. 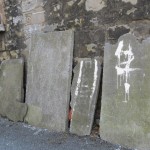 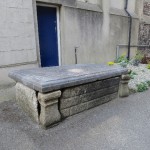 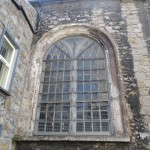 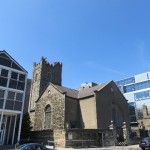 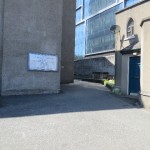 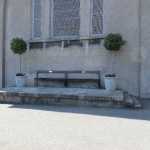 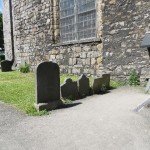 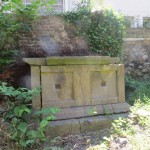 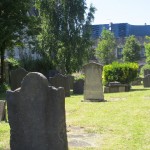 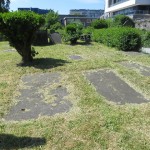 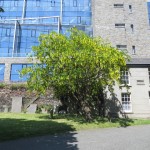 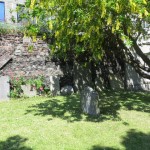 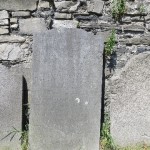 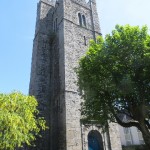 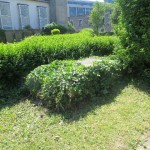 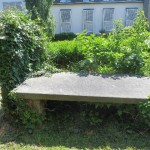 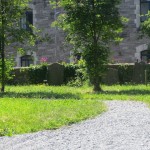 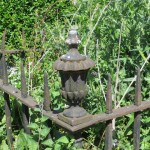 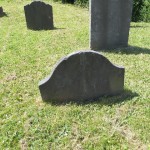 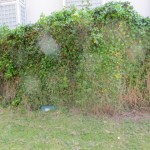 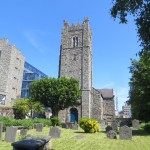 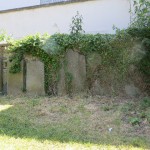 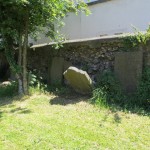 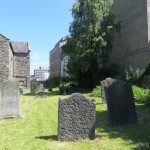 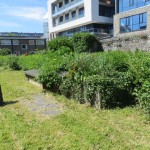 The parish records for St. Jame’s Roman Catholic parish, Dublin City begin on 25th September, 1752.  There are a number of registers for this parish and many of them are poorly legible.  Large numbers of entries are out of chronological order.

I was looking for one particular surname in 1856 and listed below are 192 entries for the first six months of that year.  All spellings are as I read them.  Question marks indicate those words or letters I had a problem with when reading.  The register at this point is in English and a place name is given for most children.

I have left the entries in order of transcribing and have done nothing to sort the surnames out.

This Church is just off St. Stephen’s Green in the city centre.  I’m very sorry but roadworks are being carried out and it was not possible to get a better photo on the day. 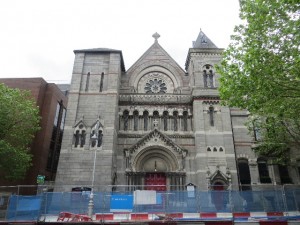 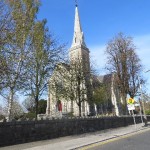 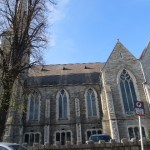 The surnames below are found in the above register. The register has been published by the Representative Church Body Library. If you would like to know more about any record pertaining to any surname listed here, then the book is probbaly obtainable through inter-library loan. Alternatively, you could contact the Representative Church Body Library.

2nd page of film damaged. Not possible to read. Can’t see year on first page either. The end of this film is physically torn. Later registers are first on the film. Few mothers surnames in this and no addresses.

Some Baptismal Extracts 1784-88 & notes on condition of Register/film

NOTE: Dates on this register are not in order – transcriptions follow the order as presented in the register. The register is in Latin in some places and English in others. First names are generally shortened. No addresses given.

Next page very faded to Novemeber and next page to about 11th December
11th Dec. Mary of ?? Murry and Cath Sweetman. SS. Edward & Elizth Archbold.

1783 Baptisms – one or two pages after this – out of order – but it is mentioned on the page that they come before the 1784 births and that there are no entries from the last date on this or these pages to the Dec 1784 entry.
April 30th 1783 Roger of Jno & Cath Keenan. S. Jas Callaghan.

1783 baptisms seem to be mainly in Latin

??Next date on next page is 20th !! with no month mentioned on top of page and next month listed on this new page if Nov.

1798 Baptisms
Note : This year or page is easy to miss. Top right hand side of page on film. These pages are very hard to read. Continued on to 1796 which becomes very legible in comparison to all the years between. Ink heavy, script not too bad.