“The Croppy Boy” one of the finest of our ballads, was written by W. B. Burney, a County Down man, who used the pseudonym “Carroll Malone”. It is to be found in most Irish Anthologies with another of his faine poems, “The Good Ship Castle Down”

“The Croppy Boy” appeared in ‘The Nation’ on the 4th January 1845 and was the only poem contributed by that poet to the paper. It was much admired by Thomas Davis and his colleagues, and aroused a good deal of speculation as to the identity of the author, of whose personal history little is known. Shortly after writing this famous poem, McBurney emigrated from Belfast to America, where for some years he wrote poems and sketches for the ‘Boston Pilot’ over the signature of “Carroll Malone”.

I am indebted to Father Hickey, Leeds, one of our best authorities on the Young Ireland period, for some important particulars in reference to this poet, and his connection to the Boston Pilot, which introduced him to its readers on the 17th March 1845, as “William McBurney, of Belfast.” These particulars have never been previously published in Ireland. I give them in full as they are valuable from the biographical point of view.

In the Pilot of November 26th, 1845, the following appears: “We observe that our spirited contemporary, the ‘Waterford Chronicle,’ has copied the beautiful poem of our correspondent Carroll Malone, entitled ‘The Orangeman’s Wife’

In the Pilot for November 11th, 1845, I find the following note from the author prefacing a corrected version of ‘The Croppy Boy’:
“To the Editor of the Pilot,
Sir, – The following little piece was inserted in the ‘Nation’ last January, and some alterations were made in it which, though I did not like them, suggested a little more polishing of the verses. As I understand it attracted some attention in Ireland, I shall be glad to bring it out again in it’s most correct form,
Yours most sincerely,
“Carroll Malone””

McBurney died in America in 1892. His famous ballad was once popular at National gatherings, but it is, unfortunately, seldom heard now in Irish circles. 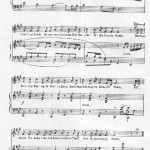 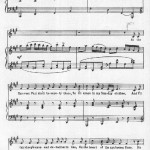 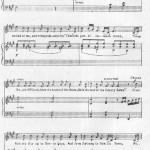 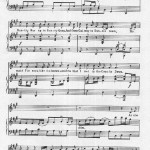 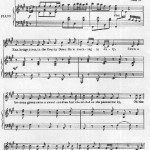 Near to Banbridge Town, in the County Down
One morning in July,
Down a bÃ³reen green came a sweet colleen,
And she smiled as she passed me by;
Oh!, she looked so neat from her two white feet
To the sheen of her nut-brown hair,
Sure the coaxing elf, I’d to shake myself
To make sure I was standing there.

As she onward sped I shook my head
And I gazed with a feeling quare,
And I said, says I, to a passer-by,
‘Who’s the maid with the nut-brown hair?’
Oh, he smiled at me, and with pride says be,
‘That’s the gem of Ireland’s crown,
She’s young Rosie McCann from the banks of the Bann,
She’s the Star of the County Down.’

She’d a soft brown eye and a look so sly,
And a smile like the rose in June,
And you hung on each note from her lily-white throat,
As she lilted an Irish tune.
At the pattern dance you were held in a trance,
As she tripped through a reel or a jig;
And when her eyes she’d roll, she’d coax, upon my soul,
A spud from a hungry pig.

I’ve travelled a bit, but never was hit
Since my roving career began;
But fair and square I surrendered there
To the charms of young Rose McCann.
With a heart to let and no tenant yet
Did I meet with in shawl or gown,
But in she went and I asked no rent
From the Star of the County Down.

At the cross roads fair I’ll be surely there
And I’ll dress in my Sunday clothes,
And I’ll try sheep’s eyes, and deludhering lies
On the heart of the nut-brown Rose.
No pipe I’ll smoke, no horse I’ll yoke,
Though my plough with rust turns brown,
Till a smiling bride by my own fireside
Sits the Star of the County Down.