Lewis Topographical Dictionary of Ireland (1837) tells us: “ABBEY-JERPOINT, a parish (anciently a corporate town), in the barony of KNOCKTOPHER, county of KILKENNY, and province of LEINSTER, 1 ½ mile (W. S. W.) from Thomastown; containing 367 inhabitants. This place is situated on the river Nore, and derives its name from an abbey founded here, in 1180, by Donogh O’Donoghoe, King of Ossory, for monks of the Cistertian order, whom he removed from a distant part of Ossory. It was dedicated to the Blessed Virgin, and was amply endowed by the royal founder, who was interred here in 1185; and its possessions were subsequently confirmed by John, Lord of Ireland. In 1202, Felix O’Dullany, Bishop of Ossory, was interred here, at whose tomb many miracles are said to have been wrought; and the abbey became a favourite place of sepulture with all the great families in the surrounding country. “ 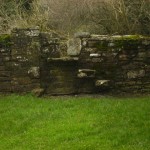 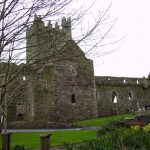 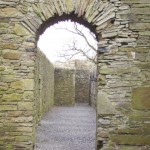