According to Lewis Topographical Dictionary (1837) Conahy is part of the parish of “GRANGECLOVAN, or GRANGELORAN, a parish, in the barony of FASSADINING,county of KILKENNY, and province of LEINSTER, 1 mile (S. W.) from Ballyragget, on the river Nore; containing 949 inhabitants, and comprising 5611 ½ statute acres.”

Also, “In the R. C. divisions it is the head of a union or district, called Conahy, which includes this parish and Maine, and part of the parishes of Kilmocar, Coolcraheen, Three Castles, and Burnchurch; and has a chapel at Conahy.”

These photographs were taken June 2014 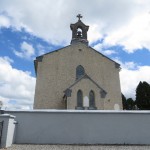 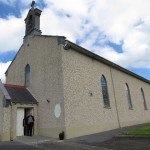 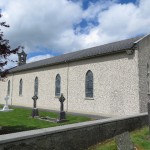