Lewis Topographical Dictionary 1837 tells us the following: “DROM, or DROMSPERANE, a parish, in the barony of ELIOGARTY, county of TIPPERARY, and province of MUNSTER, 2 ½ miles (S. W.) from Templemore, on the road from that place to Cashel; containing 1951 inhabitants.”

Also “In the Roman Catholic divisions it is the head of a union or district, comprising this parish and Inch, in each of which is a chapel; that of Drom is a large handsome building, erected in 1829. “

These photographs were taken May 2014 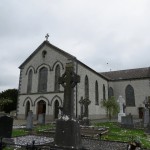 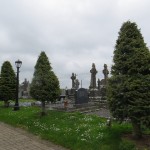 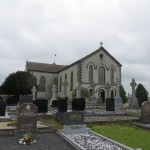