Lewis Topographical Dictionary of Ireland (1837) tells us “BALLINCOLLIG, a post-town, in the parish of CARRIGROHANE, barony of BARRETTS, county of CORK, and province of MUNSTER, 5 ¼miles (W.) from Cork, and 130 ½ miles (S. W.) from Dublin, on the road from Cork to Macroom; containing 875 inhabitants.” also “There is a Roman Catholic chapel, to which is attached a school. “

These photographs were taken July 2014. 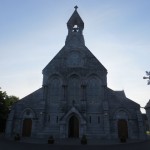 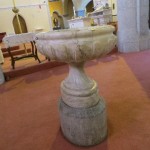 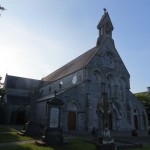