Gerald Griffin, Irish Novelist, Poet and Dramatic writer, was born in Limerick. He received his early education at the School then conducted by Richard McElligott. 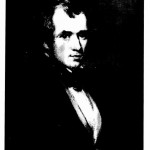 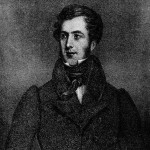 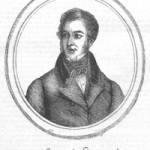 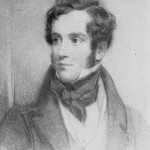 He made the acquaintance of John Banim (1798- I842), then working as a journalist in Limerick. This acquaintance ripened into a life-long friendship, and had a profound influence in shaping the subsequent course of Griffin’s life.

He developed a love of the great Roman poets, Virgil, Ovid and Horace, and of these, it was very natural that Virgil became an especial favourite.

In 1826 he became a Parliamentary reporter, and later obtained more or less permanent employment for such journals as the Literary Gazette, the News of Literature, the London Magazine, and the European Magazine.

In 1827 appeared Holland-.Tide Tales, a series of eight short stories and sketches, followed by Tales of the Munster Festivals (1827) ; The Collegians (1829), which Dion Boucicault adapted for the stage under the title of The Colleen Bawn, and the plot of which was suggested by a murder trial which he reported in 1820 ; The Invasion (1832) ; Tales of my Neighbourhood, The Duke.of Monmouth (1836) ; and Talis Qualis (1842).

The Collegians and the series of Tales of the Munster Festivals, acquired a widespread popularity in their day, and the author was placed, by general consent, as an Irish Novelist, by the side of Banim and Carleton.

His experiences as a journalist enabled him to write “with quickness and without much study,” and also supplied him with materials for some of his stories. He attached a great deal of importance to the experience which he gained as a reporter in the Courts. Here are his own words:

“By constantly attending the Courts, I acquired a considerable.facility in reporting, which is a very useful attainment in any situation almost, and the short time which I had spent to prepare an original article, obliged me to write with quickness and without much study.”

Describing, in The Collegians, a particular type of country witness, he writes: The peasantry of Ireland have for centuries been at war with the laws by which they are governed and watch their operation in every instance with a jealous eye. Even guilt itself, however naturally atrocious, obtains a commiseration in their regard, from the mere spirit of opposition to a system of government which they consider un-friendly. There is scarcely a cottage in the South of Ireland where the very circumstance of legal denunciation would not afford even to a murderer a certain passport to concealment and protection. To the same cause may be traced, in all likelihood, the shrewdness of disguise, the closeness, the affected dullness, the assumed simplicity, and all the inimitable subtleties of evasion and a wile which an Irish peasant can display when he is made to under-go a scene of judicial scrutiny, in which he will display a degree of gladiatorial dexterity which would throw the spirit of Machiavelli into ecstasies.

The plot of The Collegians is based on a horrible and brutal murder which shocked the citizens of Limerick in 1819. The facts are set forth in a pamphlet entitled ‘Ellen Hanly,’ or ‘The True Story of the Colleen Bawn’, published in Dublin in 1910. Súil Dhuv is admirable in its truthful portraiture of Irish life.

“Some passages in The Collegians and The Invasion,” observes one of his critics, “can hardly be surpassed in simple beauty; and where the style does not attain to absolute beauty, or even falls short of absolute correctness, it is never disfigured by fustian, it is always simple and of a crystalline clearness. The directness and simplicity of his narrative is one of the traits in which he most resembles Scott. There is quiet consciousness of power in his unpretending manner of telling a story, which at once lifts Gerald Griffin above the crowd of novel-writers to the dignity of a classic.”

During Griffin’s stay in Adare, with two sisters and an elder brother who was practising there as a Physician – his father and mother, with some others of the family, having emigrated and settled in Pennsylvania in 1820 – he often visited Limerick to witness the performances of the Thespian Society, a band of amateur players who produced pieces in the City theatre two or three times a week.

Influenced by their displays, he began to write Plays himself. He wrote a tragedy, ‘Aguire,’ founded upon an old Spanish story, but it was never produced. A second effort failed to produce results. ‘Gisippus, or the Forgotten Friend’, was his last attempt at Drama. It was evidently successful, but its success came too late to afford him any satisfaction.

In 1842, two years after Griffin’s death, Macready produced it at Drury Lane, London, where it drew crowded houses during its performance. The plot is founded on a popular version of a story by Boccaccio, which is. related in one of Goldsmith’s Essays. It bore little chance, however, of survival, because one considers ‘Gisippus’ as a Play suitable to be acted on the stage, or a literary Drama that satisfies when read in the study ; it fails to satisfy either test.

‘Aguire’ does not appear amongst his collected writings, nor do his other unsuccessful Dramas, nor the one or more Librettos which he wrote for Operas. In ‘Eileen Aroon’ and the ‘Sister of Charity’ he had sung the praises of Truth and Renunciation.

After the publication of ‘Tales of the jury Room, Rivals’, ‘Tracy’s Ambition,’ and ‘The Christian Physiologist’ , or ‘ Tales of the Five Senses’ ,Gerald Griffin’s enthusiasm for literature abated and his thoughts became more fixed on ending his life in the service of the Church. At first his thoughts turned to the Priesthood, and he wrote to his father “To say nothing of the arguments of faith, I do not know any station of life in which a man can do so much good to others and to himself as in that of a Catholic Priest.”

In August, 1838, he told his brother that he had made up his.mind to join the Congregation of Christian Brothers – a Society which, besides fulfilling all the pious exercises of the monastic state, devotes its best energies to the religious and moral instruction of the children of the poor.

He became a Brother in the following September. On entering the Order he wrote: “I have entered this house at the gracious call of God, to die to the world and to live to Him ; all is to be changed ; all my own pursuits hence- forward to be laid aside and those only embraced which He points out to me. Give me Grace, O my God, to close my mind against all that has been, or may be, in which Thou hast no part ; that it he not like a roofless building, where all kinds of birds, clean and unclean, fly in and but without hindrance ; but, like an enclosed tabernacle, devoted solely to Thy use and to Thy love.”

In his new life, he devoted himself zealously to all its duties. He says : “The more I see of the religious life, the more I feel the truth of what is said by one of the spiritual writers : “that if God did not please to keep its happiness secret the whole world would be running to it.”

He was transferred from Dublin to the North Monastery in Cork, in June, 1839. He wrote of his new borne as : “A very nice house, delightfully situated on the top of a hill, with the city lying in a valley at its foot, and Shandon steeple rising in front about to the level of our feet ; so that in returning from Mass or from school we can look down on the world in one of its busiest scenes, from a physical, if not from a moral or religious eminence. Between us and the city, at the foot of a lawn sloping down from the house, stands our school, a fine large building; and a nicely gravelled walk, winding between a close shorn hedge, and a line of trees that completely overshadows it, conducts us to the school. About half way down, on one side, close by the walk, stands a little burying ground, where the headstones of a few Brothers invite us to a de Profundis, and a thought or two on the end of all things as we are passing. ”

In a letter to America, Gerald Griffin wrote: “The holy end of the Institution I have embraced is the Christian education of the male children of the poor, in which charitable work, if the Almighty spare me health and life, I shall have an abundant opportunity of sending far better deeds before me, than I fear it would ever be my lot to perform amid the distractions and temptations of the world.

His brother visited him at the North Monastery in September, 1839. He was in excellent health and spirits. On the 31st May, 1840, he contracted what was thought at first to be a slight cold. It was found a week later that he had developed the symptoms of typhus fever, and he died on Friday, 12th June, 1840.

Sir Aubrey de Vere, a Limerick Poet and Dramatist, paid one of the noblest tributes to his memory soon after his death. He writes: “Neither can I forget Gerald Griffin whose writings illustrate so well that national character and scenery of our country ; too soon withdrawn from those literary labours which won a reputation beyond the limits of our own land, and destined to endure; a man of a most winning modesty, shrinking from praise, dreading his own gifts, lest they should not sufficiently conduce to his virtuous designs, and finally turning with conscientious firmness from the open path of fame, to that better retirement wherein he might dedicate his whole heart to God.