The Irish Rebellion of 1641 began as an attempted coup d’état by Irish Catholic gentry, who tried to seize control of the English administration in Ireland to force concessions for the Catholics living under English rule. However, the coup failed and the rebellion developed into an ethnic conflict between native Irish Catholics on one side, and English and Scottish Protestant settlers on the other. This began a conflict known as the Irish Confederate Wars. 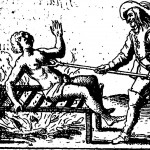 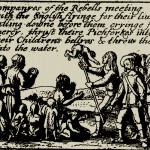 Waterford During the Civil War