I think that’s about it.  Below these words I have imported a copy of an image of the kind of information that you see on these maps. On the OS 67 image below, you can see Knocktopher, Hugginstown, Ballyhale.  Around Knocktopher there is a Ch (Church), a black cross indicating a working church, a Friary and a Motte.  In other parts of the map you can see churches, graveyards, a round tower.  Some of these I have marked with yellow marker meaning that they are places that I am interested in looking at (some of them I have looked at in the past).  This is what these maps show 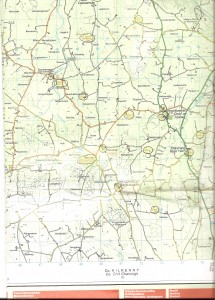 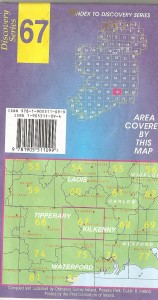