This is really a very simple post, it’s just the photograph of the church at the Pike, Co. Tipperary.

Three photos actually, the Pike Church (it’s on a cross-roads), a cross on a hill in the distance and a signpost telling you how far away Ballingarry, Roscrea and Birr are.  The Pike is actually on the road the R489 and I was on my way to Ballingarry because I had been to the other Ballingarry in Tipperary and I wanted to see if there was a graveyard in this one.  There was and I did get some photographs but it was late in the day so I have to go back again.

For the moment.  Here are the three photographs – also, there are graves behind this church and yes, I did photograph them too.  We will get to them as soon as I have them indexed. 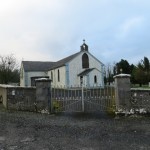 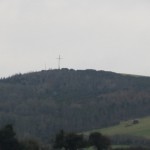 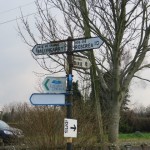