This page features civil death records for the district of Belfast in Co. Antrim and includes (where possible) full names, the year of death, and the quarter in which the death occurred, and an age. A searchable index of all available death records is available here.

The following was sent to me by Andy Airess, Mr. Herbert Airriess was his Grandfather 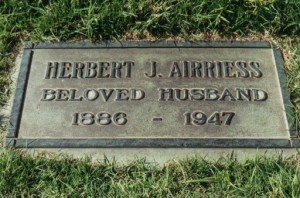 It was on the Belfast mountains I heard a maid complain
And she vexed the sweet June evening with her heart-broken strain,
Saying “Woe is me, life’s anguish is more than I can dree,
Since Henry Joy McCracken died on the gallows tree.

“At Donegore he proudly rode and he wore a suit of green,
And brave though vain at Antrim his sword flashed lightening keen,
And when by spies surrounded his band to Slemish fled,
He came unto the Cavehill for to rest his weary head.

“I watched for him each night long as in our cot he slept,
At daybreak to the heather to McArt’s fort we crept,
When news came from Greencastle of a good ship anchored nigh,
And down by wee fountain we met to say good-bye.
‘He says, “My Love be cheerful for tears and fears are vain,”
He says, “My love be hopeful our land shall rise again,”
He kissed me ever fondly; he kissed me three times o’er,
Saying, “Death shall never part us my love forever more.”

‘That night I climbed the Cavehill and watched till morning blazed,
And when its fires had kindled across the loch I gazed,
I saw an English tender at anchor off Garmoyle,
But alas! No good ship bore him away to France’s soil.

And twice that night a tramping came from the old shore road,
‘Twas Ellis and his yeomen, false Niblock with them strode,
My father home returning the doleful story told,
“Alas,” he says, ” young Harry Joy for fifty pound is sold.”

“And is it true,” I asked her, “Yes it is true,” she said,
“For to this heart that loved him I pressed his gory head,
And every night pale bleeding his ghost comes to my side,
My Harry, my dead Harry, comes to his promised bride.”

Now on the Belfast Mountains this fair maid’s voice is still,
For in a grave they laid her on high Carnmoney Hill,
And the sad waves beneath her chant a requiem for the dead,
The rebel wind shrieks freedom above her weary head.

This is a second song about Henry Joy that I got from the singing of my friend Tim Lyons when we lived in Co. Clare. Tim subsequently recorded this song, which was written I believe by T.P. Cuming, although some ascribe its composition to P.J.McCall also. The song is the expression of the sentiments of Mary Bodle by whom McCracken fathered a child.