A few donkeys that’s all.

There I was in Tipperary one day on my way from one graveyard to the next when I drove past a wee field and in it were a few donkeys.  I don’t know what it is about donkeys we all stop to gaze at them.  Two things I remember about a donkey we once owned called Neddy believe it or not was that his hooves had to be pared regularly or else they would have grown long and curled up and that would have been very painful for him.

Also, we had a trap and my sisters used to harness Neddy up so that he could take them our the road for a walk.   The only thing though is that it’s very hard to be boss of a donkey and when he decides to go on strike then that’s that he’s on strike.  This meant that when Neddy decided that he was not going to drag that trap any more, he’d stop on the side of the road and the girls would just have to sit there for as long as it took till he decided he would move again! 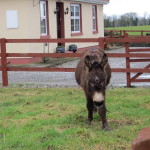 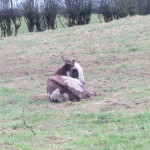 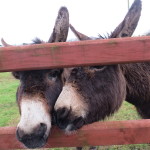 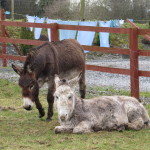 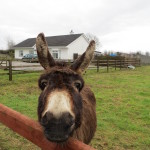 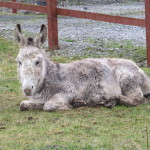