The following table of Aughaval (Westport, Dromin, Oughaval)  marriages is transcribed from Microfilm No. 4210/8 held online by the National Library of Ireland accessible through their Roman Catholic Parish Register Search page.  This is an index of the names of the people who were married in this Roman Catholic parish during the years 1834-35.  This section of the register is in English.  Placenames are not given.

My list is sorted by the surname of the groom.  Question marks or dots indicate letters or words I had a problem reading and this section of the register was difficult to read.  The first names were shortened in the extreme  e.g. Bt. for Bridget.  Please see my nicknames page.

Jno (John) Carty and Mark Barry?? are noted as being of the 85th Regt.

I’ve never seen a Mass Rock before and I saw that there was a path to the Mass Rock when I looked at the ‘Notice Board’ at Oughaval Woods, so, I decided let’s go that way and the dogs didn’t mind which way I went so long as they got a good walk!

On the path, we came across a ‘sign post’ for the Mass Rock and I have to say before I got to it I wondered if it would be marked at all! 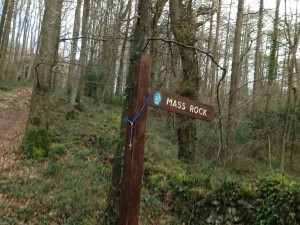 It’s really a very nice walk.  The initial part is a bit hilly but after that there are only a few ups and downs.  I didn’t realise we were at the Rock and I thought Bambi had just found a stone that looked like it could hold Holy Water and then after taking a few photos of this, I looked up and realised I was actually there.

It is a beautiful setting in amongst the trees.  Here are the photographs.

People leave their thoughts or hopes or prayers for some ‘deed’ they would like ‘done’ – the recovery of a friend or a loved one would be the usual prayer, with these thoughts, they leave something like a rosary beads.  You can see some of these on the photo of the top of the Cross and even on the St. Bridget’s Cross. 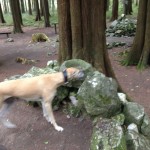 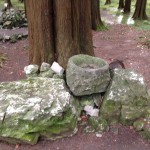 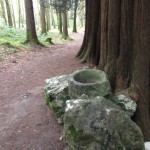 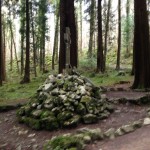 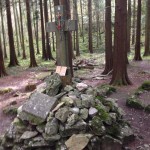 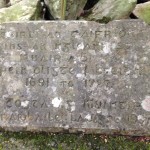 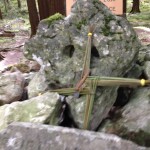 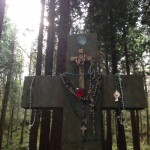 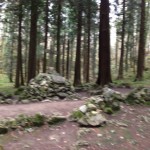