The advertisement read “Knock Threshing & Road Run – on Josie Dayton’s farm” and it was run in aid of Knock School Building fund.  The fee or charge to get in was 5 Euro and I can promise you everyone and his mother would have had a wonderful day out.

I did!  First time I have ever been to an event like this.  I have seen some of the machinery at other events such as the Scarecrow Festival in Durrow, but I never saw the Threshing before.

I’m breaking the photographs I took down into separate pages because this morning, when I sat down I found that between two of my cameras  I have 400-500 photos and to try and put them all on one page would not do anyone any good.  I have birds, sticks, blacksmiths, tractors, cars, machinery and the Threshing just to name a few folders.  There is even a donkey.  I didn’t stay for the BBQ in the evening.

I got there around about 1 in the day, everything was just beginning to pack the field.  Unfortunately around about the time I began photographing the Threshing the rain had come in so some of these photos have bits of blurred areas where the camera lens got wet.  I was trying to keep it dry but wasn’t 100% successful.  Later, when the sun had come back out I was all wrapped up in the blacksmithing and by the time that finished my battery had had enough for the day so I couldn’t go back to the Threshing. 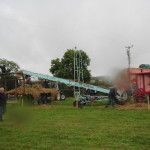 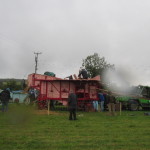 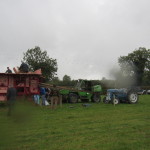 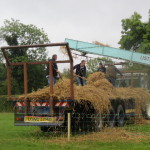 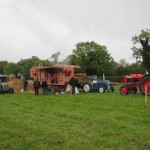 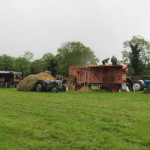 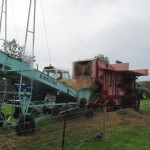 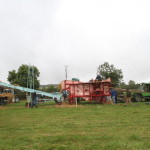 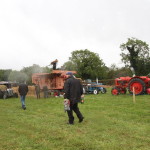 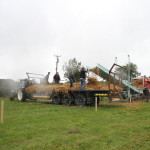 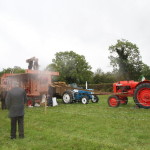 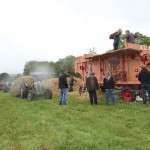 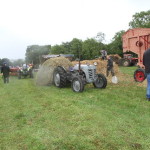 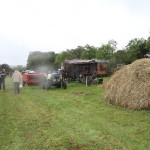 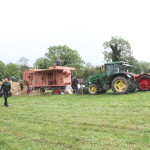 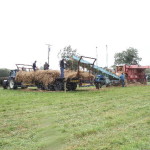