Every year, the festival gets bigger and better.  This year we had Jurassic Park and Star Trek all in a wee little village called Durrow in County Laois, Ireland.

It’s a few years since I’ve been over, but this year my son was down from Dublin and I decided to take Shane to Bowe’s Cafe in Durrow for lunch.  As well as lunch, we had a bit of a walk around the ‘bits’ on the streets.  Not a full day looking at everything because my daughter Sinéad and her husband Conor were coming down on the Sunday, just to go to the festival.

Bowe’s lunch was good as usual, and then off we went looking at what was ‘free’ to see. Not that the fees being charged were anything much.  1 Euro to get into one closed set and 2 Euro per person to get in to the other. No parking fees.

I had to photograph Sheppard’s Irish Auction House and Bowe’s – they are next to one another on the side of the ‘square’ area. 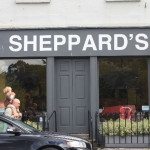 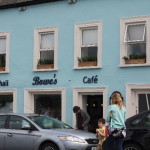 In Bowe’s back garden there were two scarecrows. “Fifty shades of hay, guaranteed to scare the crows away” and there also, we saw some of the lettuce that they grow for their restaurant. 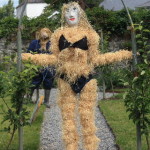 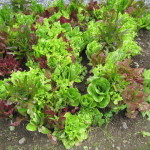 Then, it was across the road to an area which is given over to those who would like to try and sell their ware during the festival.  Lots of stalls here, only 3 really caught my eye though.

The first was the cupcake van.  I think it was cupcakes.  I don’t eat buns or cakes like this so I wasn’t paying a ton of attention, nice bright little van.  The second was the food stall, a big barbeque.  Third was definitely the owl.  The owl was called Willow and Willow used to help people pick their jewellery at the Crystal Echoes stall.  Willow was only 15 weeks old and very beautiful.  To me though, after Willow, the most impressive stall was the ceramics stall 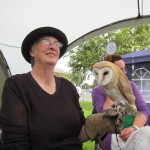 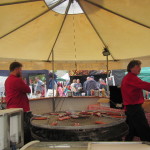 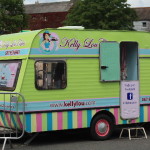 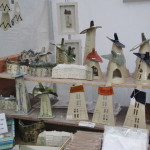 Outside of all the above though, the most impressive Scarecrow of the day was actually the Scarecrow which won the festival.  Jurassic Park.  Some of these photos I took that day wandering around with Shane but the ones of the full sized scarecrow I actually took on the following Tuesday when on my way home from Kilkenny and I drove past him on the side of the road!! 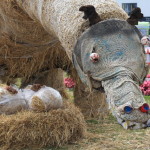 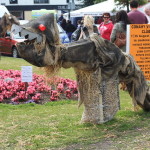 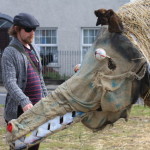 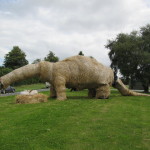 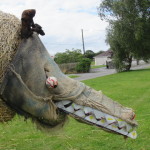 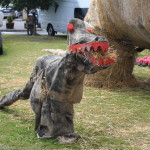 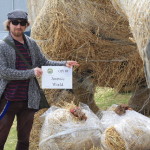 and then, there are only a few remaining for that first day.  Altogether an awful lot of scarecrows and I have to say we had one beautiful sunny day for it. 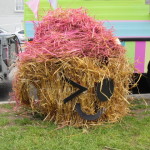 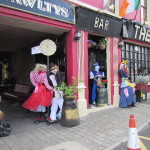 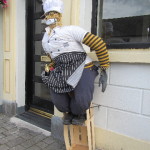 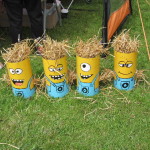 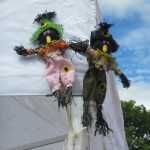 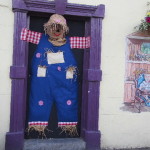 Enough for one day and one post I think, more to come tomorrow